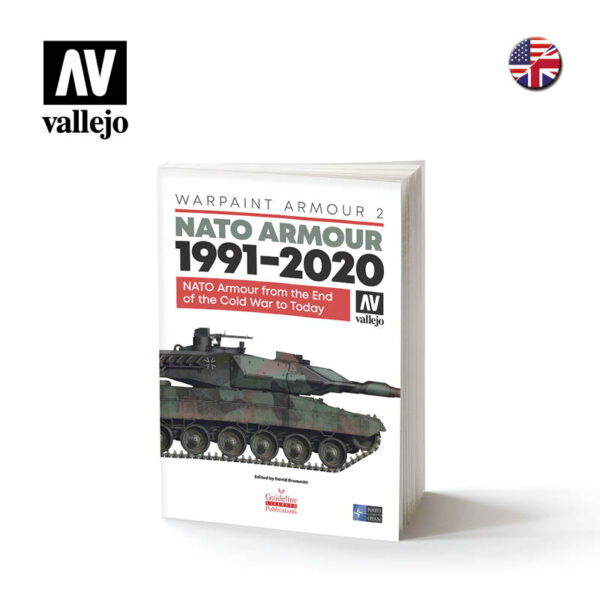 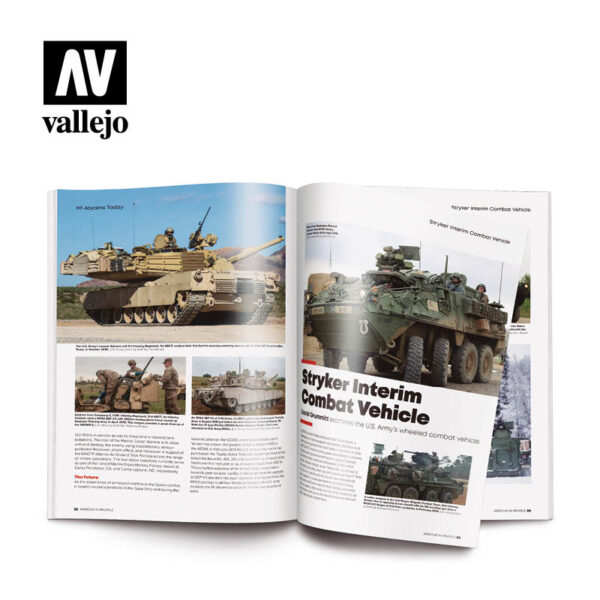 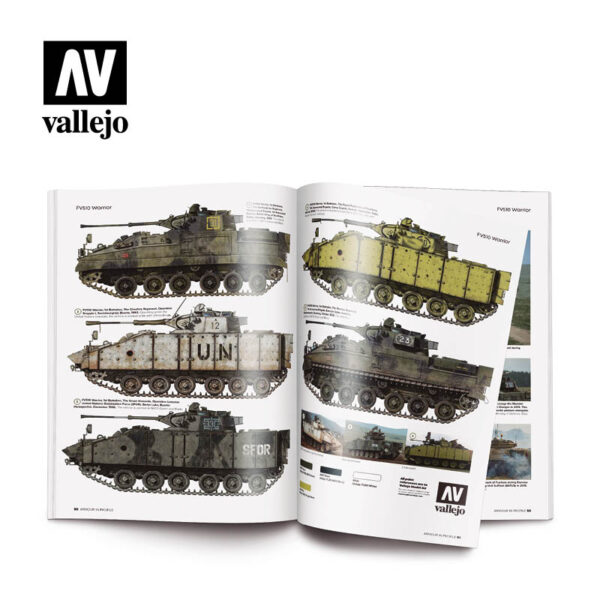 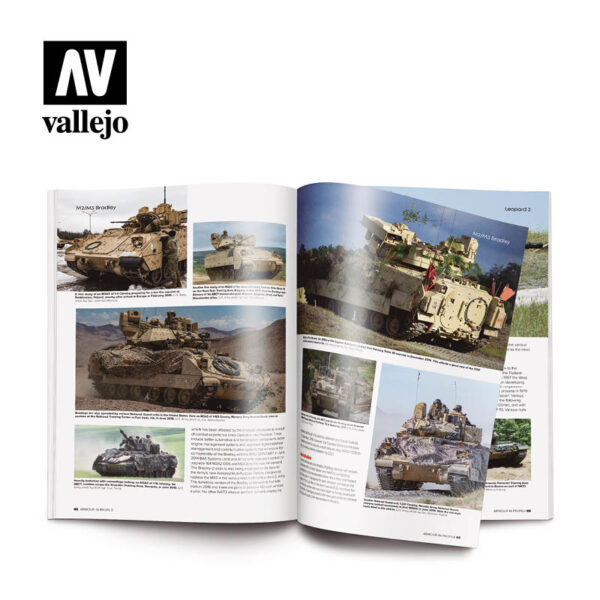 
License Publications and the team that brings you Military Modelcraft International in collaboration with Acrylicos Vallejo.

The end of the Cold War and the collapse of the Soviet Union in 1991 should have signaled a lasting ‘peace dividend’ for the countries of NATO. Instead, within a decade, the ‘War on Terror’ had refocused military spending away from conventional arms and the armor-heavy formations of the Cold War era. However, as the level of NATO’s commitment to the wars in Afghanistan and Iraq reduced, Russian aggression in the Crimea and Ukraine led to a renewed emphasis on peer-on-peer warfare and a revival of more traditional forms of armored firepower.

Each article provides a unique historical perspective, well-illustrated by carefully selected photos, and with individual vehicles illustrated in color profiles. On top of this superb reference material, a modelling gallery displays some of the most inspirational NATO armor models from the pages of Military Modelcraft International

You can find out more about which cookies we are using or switch them off in settings.

This website uses cookies so that we can provide you with the best user experience possible. Cookie information is stored in your browser and performs functions such as recognising you when you return to our website and helping our team to understand which sections of the website you find most interesting and useful.

Strictly Necessary Cookie should be enabled at all times so that we can save your preferences for cookie settings.

If you disable this cookie, we will not be able to save your preferences. This means that every time you visit this website you will need to enable or disable cookies again.

This website uses Google Analytics to collect anonymous information such as the number of visitors to the site, and the most popular pages.

Please enable Strictly Necessary Cookies first so that we can save your preferences!