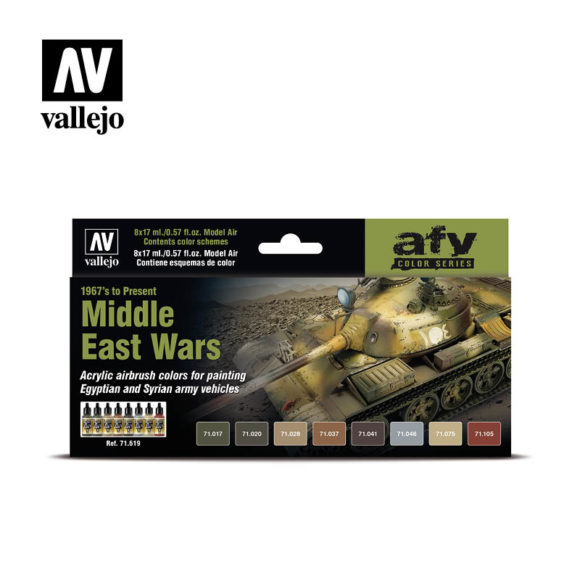 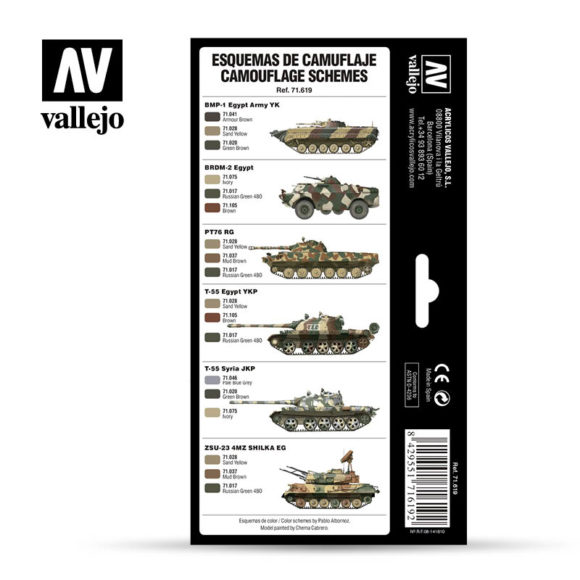 Set of 8 Model Air colors, including a selection of camouflage colors used for vehicles and tanks in the Yom Kippur War and other Middle East conflicts. The vast majority of armored material and vehicles deployed by Egypt and Syria were of URSS origin, and were received in their original dark green color. On this original green a new base tone was repainted in sand color, with the application of camouflage patterns appropriate to the context and combat conditions: sand tones combined with dark spots with contrasting hard edges which broke the silhouette of the vehicle. These patterns generally included two or three tones on the base sand color, which presented some variations.